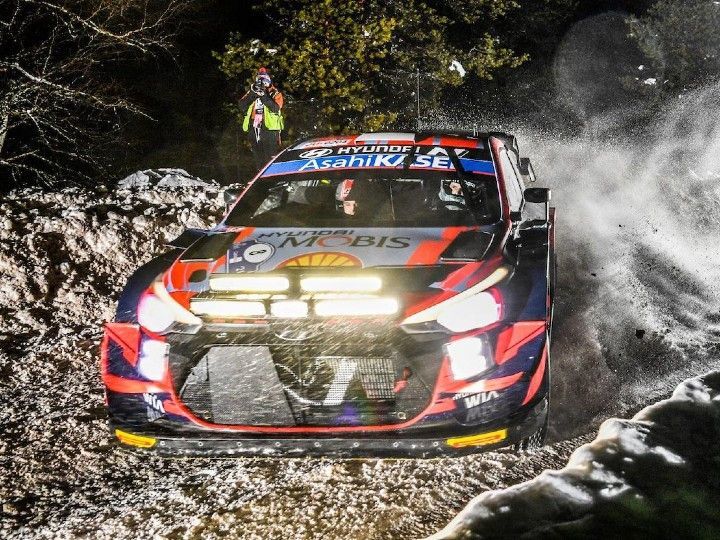 Over a month since the season-opening Rallye Monte Carlo, the 2021 FIA World Rally Championship season resumed at the Arctic Rally Finland. And it was a dominant display by Hyundai Motorsport’s  Ott Tänak to win the second round of the season. Following him in second and 17.5 seconds adrift was Toyota Gazoo Racing’s Kalle Rovanperä, with Thierry Neuville, third to make it a Hyundai 1-3.

With the previous round’s winner and reigning seven-time WRC champion Sebastien Ogier unable to finish the Arctic Rally, it has catapulted Kalle Rovanperä to the lead of the driver’s standings, with Thierry Neuville just four points back in second place. Toyota  Gazoo Racing still holds the manufacturers standings, but it’s only by 11 points to Hyundai Motorsport. Racing action will resume at the Croatia Rally that’s scheduled to run from April 22-25.

The past week also saw the 2021 ABB FIA Formula E World Championship season commence with a Formula E’s first set of double-header night races at the Diriyah E-Prix. Race 1, saw the Mercedes-EQ team pick up from where they left off from last season by taking the opening salvo of the season. Only this time, it was Nyck De Vries taking his maiden Formule E win after qualifying on pole position and dominating the race. Venturi’s Edoardo Mortara and Jaguar’s Mitch Evans crossed the line in second and third positions.

In Race 2, it was Sam Bird who triumphed for Jaguar Racing, closely followed by former teammate  Robert Frijns of Envision Virgin Racing. Two-time Formula E champion Jean Eric Vergne had finished third for DS Techeetah,  but a time penalty for not using both Attack modes during the race, dropped him down to 12th position. Instead it was his teammate and reigning champion Antonio Felix da Costa who inherited the podium. De Vries currently leads the drivers standings, with Jaguar leading the constructors table. Aside from on-track drama, there was an off-track scare too as there was an attempted missile strike in the city of Riyadh, which was eventually thwarted by Saudi authorities.

The last seven days saw the fourth 2021 Formula One car, the Red Bull RB16B make its debut ahead of pre-season testing on March 12 at Bahrain. Spearheading Red Bull Honda’s 2021 campaign will be Max Verstappen and recent signing Sergio Perez. This leaves Mercedes, Alpine, Aston Martin, Williams, Haas and Ferrari yet to unveil their 2021 challengers.

The last seven days also saw Honda Racing Corporation (HRC), Petronas Yamaha SRT and Pragmac Ducati  unveil their 2021 liveries. HRC’s lineup consists of 8-time MotoGP world champion Marc Marquez, and new signing Pol Espargaro, it is yet to be known as to when Marquez will make his racing return from injury.

As for the Petronas Yamaha SRT squad, it is 9-time MotoGP world champion Valentino Rossi’s debut in Petronas Yamaha SRT colors. Partnering Rossi will be Franco Morbidelli. Pragmac Ducati will field an all-new lineup of Johann Zarco and Jorge Martin. There was also the likes of Alex Rins, Johann Zarco, Jack Miller, Taka Nakagami, Alex Marquez, Fabio Quartararo and Joan Mir warming up for the season, riding street bikes at the Circuit de Catalunya in Barcelona.