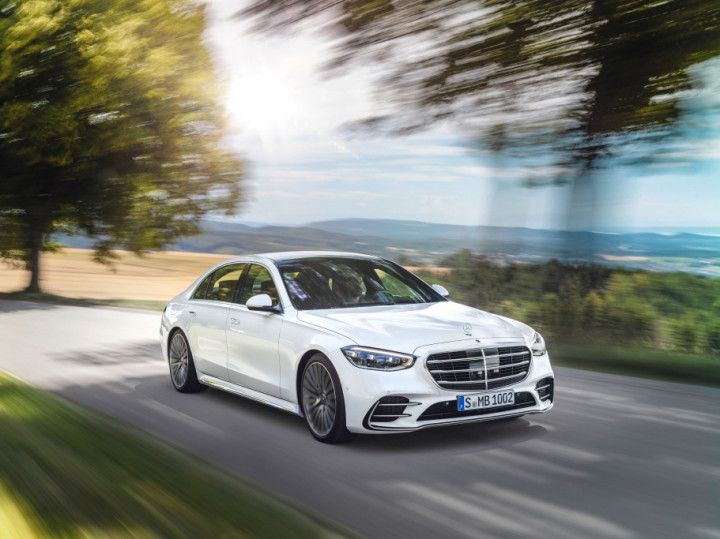 After launching the uber luxurious Maybach GLS, Mercedes-Benz India is set to bring in its next offering, the next-gen 2021 S-Class, on June 17. Select dealers have already commenced bookings for a token amount of Rs 1 lakh. Also, sources hinted that the luxury sedan will be initially brought to India as a CBU in a fully loaded Launch Edition. More variants are expected to be announced during the launch event.

It will be offered in two trims: S450 (petrol) and S400D (diesel). Both will get 3.0-litre engines driving the rear wheels via a 9-speed automatic transmission. The specifications of the two are mentioned below:

As for its exterior design, the new S-Class Launch Edition will be based on the AMG line variant, packing in sporty design elements including bespoke bumpers. The tri-pointed ornament is still mounted on the hood, below which the familiar S-Class grille is flanked by sleek LED headlamps. On the side, the S-Class is LONG thanks to its massive wheelbase measuring over 3 metres. Moving to the rear, the split-LED tail lamps’ intricate detailing mimics expensive rubies.

It’s on the inside that Mercedes has taken things up a notch. The S-Class’ brand new dashboard gets a 12.8-inch infotainment system, eliminating the cluster of buttons on the centre console. Also, the infotainment can be accessed via fingerprint or facial recognition, an additional layer of protection.

That said, most owners would spend time at the rear where the twin lounge-like rear seats take things to another level altogether. Rear occupants get individual climate control, ambient lighting, a wireless phone charger, massaging seats, entertainment screens, and sun shades as well. All these features can be controlled via a 7-inch tablet placed in the rear central console.

Safety is taken care of by multiple airbags, ABS with EBD, front and rear parking sensors, a 360-degree camera, electronic stability control, and tyre pressure monitor. Also, rear occupants get frontal facing airbags which are placed behind the front seats, protecting the occupants from head and neck injuries.

Being a CBU, the new S-Class won’t be cheap. We are expecting a starting price of Rs 1.50 crore (ex-showroom). It will lock horns with the Audi A8L and the BMW 7 Series.